The Demise Of Loss Adjusting Part 1 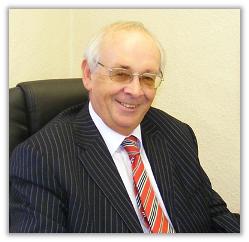 Within 20 minutes of starting my first day of employment at a loss adjusting firm in 1977, my new boss had literally hammered into me that as a loss adjuster I was required to be impartial at all times.

He had asked me what a loss adjuster’s job was and I had replied with something vague to the effect that the job entailed getting the best deal for the insurers when he leapt into the air and banged his fist on the desk to emphasise the error of my ways.

I never forgot that but unfortunately the loss adjusting profession has forgotten what the job was about in those dim and distant days.

The problems started in the early nineties when seven or eight large insurance companies became three or four even larger ones which unfortunately became controlled by accountants as opposed to insurance people. At that time there were five or six large loss adjusting firms and when the bean counters took over they immediately turned their attentions to what in my view were misguided attempts at saving money for the insurers.

They spotted that a lot of money was being spent on loss adjusting services and set about offering the loss adjusters the opportunity to take on significant proportions of their loss adjusting work on a nationwide basis. Until this time decisions on appointing loss adjusters were taken locally by claims managers who chose the adjusters they wished to use on merit. The new panel system failed to take account of ability – the beauty parade had been born, a charade as the adjusting firm who agreed to work for the lowest fees irrespective of ability was awarded the contract.

Around the same time the bean counters had realised that they could, for example, go to Comet and use their buying power to negotiate discounts for electrical products by physically replacing destroyed or stolen items at a discount.

It was around this time that I was at a council meeting of the Chartered Institute of Loss Adjusters when the Chief Executive of one of the leading firms of loss adjusters predicted that the loss adjusting profession as we knew it was going to change radically as claims handling by insurers was developing into a supply chain management scenario in connection with domestic insurance claims controlled by fewer but larger insurers. He put forward his view that loss adjusters would as the situation progressed become less and less able to operate in an impartial manner and advocated the abolition of the impartiality requirement which formed the cornerstone of the Royal Charter governing the loss adjusting profession.

A short while later the impartiality requirement was diluted in that a loss adjuster was required to be impartial only insofar as reporting on policy liability to an insurer was concerned which, for example, enabled adjusters dealing with liability claims the freedom not to act impartially when dealing with the claimant.

I realised that the abolition of the impartiality requirement enabled me to change from a gamekeeper to a poacher and I started to act on behalf of policyholders in their struggles against their insurers.

Over the following years the insurance claims industry has become a joke. Insurers got rid of their local offices and experienced staff and created the call centre mentality. I recall over 15 years ago reading an article in which a leading insurer stated that they were not taking on anyone with insurance experience to work in their new call centre as such people would have picked up bad habits. Similarly loss adjusting firms have deskilled and become systems led instead of customer led although they don’t seem to understand that keeping to KPI’s doesn’t mean that the policyholder’s claim is actually being dealt with properly. As long as the box is ticked that’s fine – the accuracy and fairness of what’s done doesn’t matter.

The prediction mentioned above concerning the domestic claims industry evolving into a supply chain management situation has proved to be correct and “claims handlers” now believe that they are dealing with a claim by pressing a variety of buttons to send a myriad of service providers to deal with a policyholder’s disaster.

Surely it was more efficient and cost effective when the policyholder needed to speak to only one person – the loss adjuster – before the bean counters took over and ruined the loss adjusting profession. It is not an accident that when loss adjusters made money (by being paid proper fees) so did the insurers, as the job was being done correctly.

In the second part of this article, I reflect on how loss adjusting has evolved into what has now beecome to be regarded as “common practice”